Free Shipping on Orders Over $49

Specialty Coffee in all Varieties 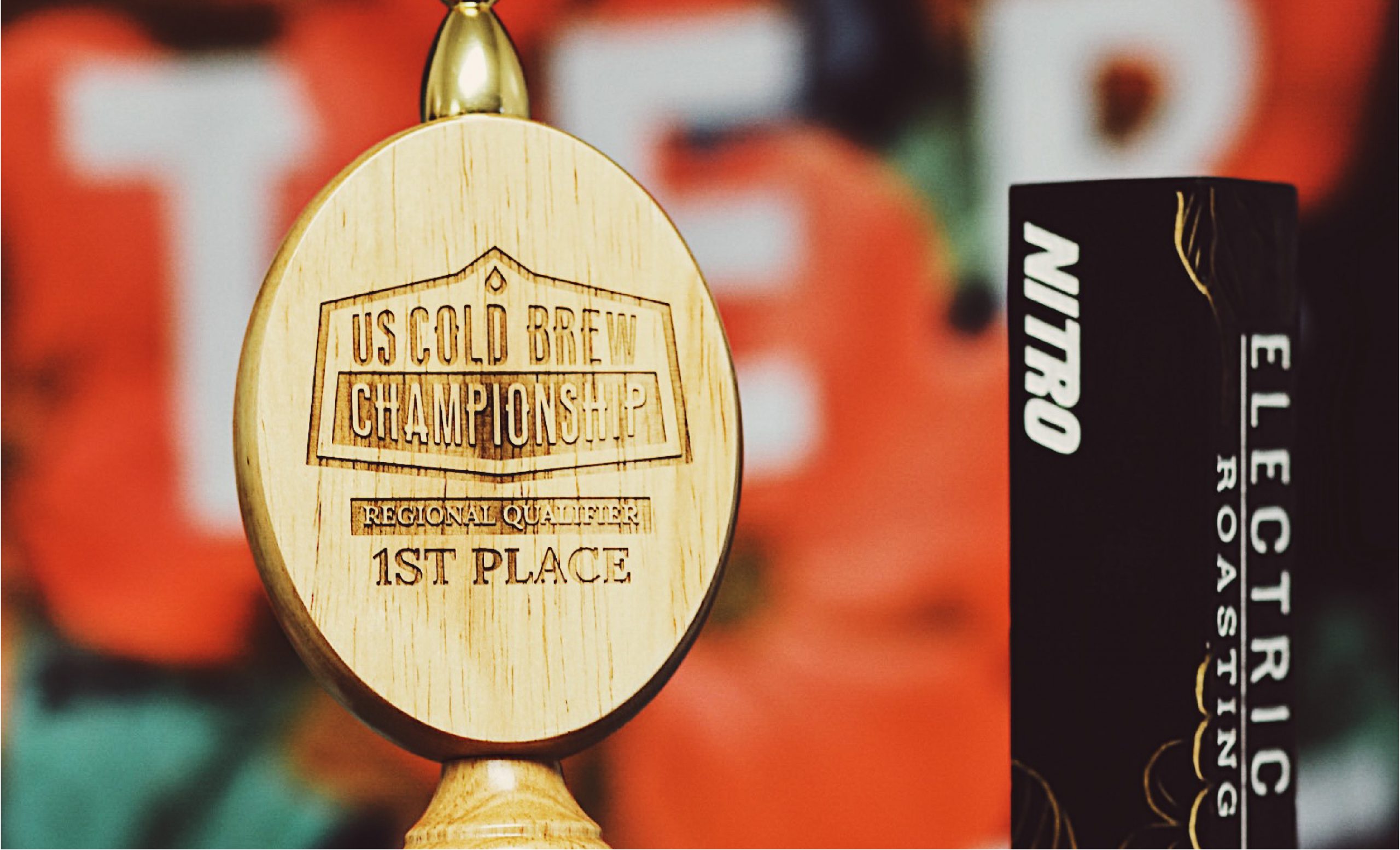 This was all at the beginning of the world we now live in. I remember getting in the van with Kyle early on a Monday morning. Trying Wendy’s then new breakfast on the way to New York City. I had my camera gear and Kyle had all of his cold brew equipment loaded. We were somewhere about 1/3rd of the way through Porter Robinson’s Worlds when our boss called.

“I would never blame you for turning the car around and coming home if when you got there you didn’t feel safe”.

Kyle and I paused, passing bravery to one another with just a look.

Kyle had a killer signature beverage and a story he was gushing with passion over. There was no way we weren’t going to compete.

Looking back, if the event had been a week later, I’m 100% positive we would’ve cancelled our trip, if the event itself hadn’t been. Foolish or not, we made it to Coffee Fest on that Monday morning to show the rest of the industry why our cold brew can hold its own with whatever anyone could throw at it. Now, we’re home safe and have been in quarantine for the last few weeks. This is the story of that day, the day that made my friend Kyle the Northeast’s very first US Cold Brew Champion.

EH: Kyle, I know you, and I know you’re not the biggest cold brew fanatic out there. So, why don’t we start with how you got started with this in the first place?

KM: Uhh, I never actually thought that I would do competitions, I like them and following them and I think there is something artistic there, but I never saw myself as a competitor. The cold brew competition seemed unique, to be honest, I didn’t realize the scope of it when I decided to enter. I thought I was just going to bring our cold brew to some sort of organized taste test. It wasn’t until I found out I was accepted as an entrant, that I realized it was a lot more similar to the National Barista Championships. So, it was kind of a fun surprise. I don’t think I would’ve competed, actually, had I known the full scale of what I was getting myself into.

EH: That’s funny, I remember you mentioning it a few times in the office, I don’t think anyone saw what was coming next from all this. What were the guidelines for competitors?

KM: They seemed to be pretty concrete. Essentially, you had to present your “still” cold brew. Present that to 3 judges. Then there is the signature beverage. Prepared 3 times and served to the judges. All while explaining the background of your coffee and that signature beverage. 6 minutes to complete all this. My biggest weakness is over-talking, but on the same coin, I love getting up there and public speaking. So I was sort of nervous staying in that time frame, but I love telling stories, so it was a lot of fun preparing the narrative behind my signature beverage.

EH: Okay, so framing it all inside the narrative you created, why don’t you explain to those reading what your signature beverage looked (and tasted) like?

KM: Root Beer has always been this novel treat for me. Like, at my 21st birthday I had a keg of it. I have a bottle collection for all the root beers I’ve drank all over the country. So naturally I wanted to work that into a cold brew drink. With that in mind I conceptualized this root beer float cold brew. I couldn’t choose just any root beer though, there’s some that I like and some I don’t, and at this level, the root beer I chose really mattered. It was actually only a few weeks prior to entering the competition that I discovered Lionshead (a local brewery) was still making their root beer. That’s a real interesting story too. The Lionshead root beer was born out of necessity to keep the brewery afloat during prohibition. And from there, the story was born. The drink became a nod to perseverance and the working class throughout history in our corner of the world, NEPA. The Prohibition Float is Lionshead root beer, still cold brew from Electric City Roasting, but instead of ice cream, I created a whipped cream style topping by hand by shaking heavy cream and a homemade vanilla simple syrup. Top that with crushed root beer candy and there ya go.

EH: I gotta say, everyone I saw try that drink, here at home or at Coffee Fest, had this very nostalgic look on there face, like they were kids spending Grandpa’s spare change at the candy/pop shop. Very Fun. But yeah, let’s talk about game day. What was the day of competition like from your perspective?

KM: As you know, we drove up Monday morning. There was a lot of hype around the latte art competition, and it was also right at the start of the Covid-19 pandemic. The world was just beginning to get “weird”. But, even with the elbow bumps, Coffee Fest itself had a real welcoming vibe to it this year. After watching a few people do their routines, I was less nervous. At the very least I was excited to share the story I had. What was SUPER fun was running into James Hoffman in the lobby just an hour before I competed. That experience itself was encouraging.

EH: Ha thats right! We also ran into @MorganDrinksCoffee, so shout out to her too! What was it like when you actually got down on the floor, ready to whip up some drinks?

KM: I actually ended up going first that day. The judges bumped the time frame up and I volunteered to lead out the gate. Honestly, it all came together in those 6 minutes. I had one or two just like, fumbles, but the feeling of being there in front of the judges, with you circling the stage with your camera, and just putting on this performance , it all just clicked. The drinks came out perfect and when I saw the look on the judges faces after they started sipping, I thought “Man, they’re having the experience I hoped they would have”. The drink itself wasn’t subtle in nuance or over complicated.  It’s a dessert drink, so I think when the judges took those first sips I was like “Yeah, we’re all just having fun now” and that was my goal the whole time.

EH: So, the people wanna hear it, where did you place in the competition?

KM: First. I got first in the Eastern Regional US Cold Brew Championships.

EH: My man, so what’s next for the regional champ?

KM: From here, we compete against the Western and Midwestern champs, in Anaheim, in August.

EH: Any word yet on how the rest of the competitions are going to play out, now that most of the countries in is full quarantine?

KM: Nothing yet. Some statements are starting to roll out, but right now I think they’re waiting until at least the end of April to make any official announcements.

EH:Yeah we’re all staying tuned to the news. Can’t wait to get back outside. Anything else you want to mention before we wrap this up?

KM: I’ll say this. You know, I went into this competition wanting to just have fun. While I was there I was literally humbled by the other competitors. By their passion for cold brew, and this industry. It was really nice to just be immersed in that. I learned so much from the others. Everyone there was a master of their craft and I think that’s pretty cool.

KM: For sure, shout out BKON. They help us produce our cold brew. ALTO for putting the event on and taking the time to be psyched about cold brew enough to do it. And of course our team at ECR.

The World sure went and turned itself upside down in the weeks following this awesome day. Hopefully we can all get back on track, or find a new path or whatever’s best for everyone, soon. I know one thing, I cant wait to have a Prohibition Float at ECR Park once we’re cleared to re-open.

Here’s a track from the album we were listening to on the way to New York: 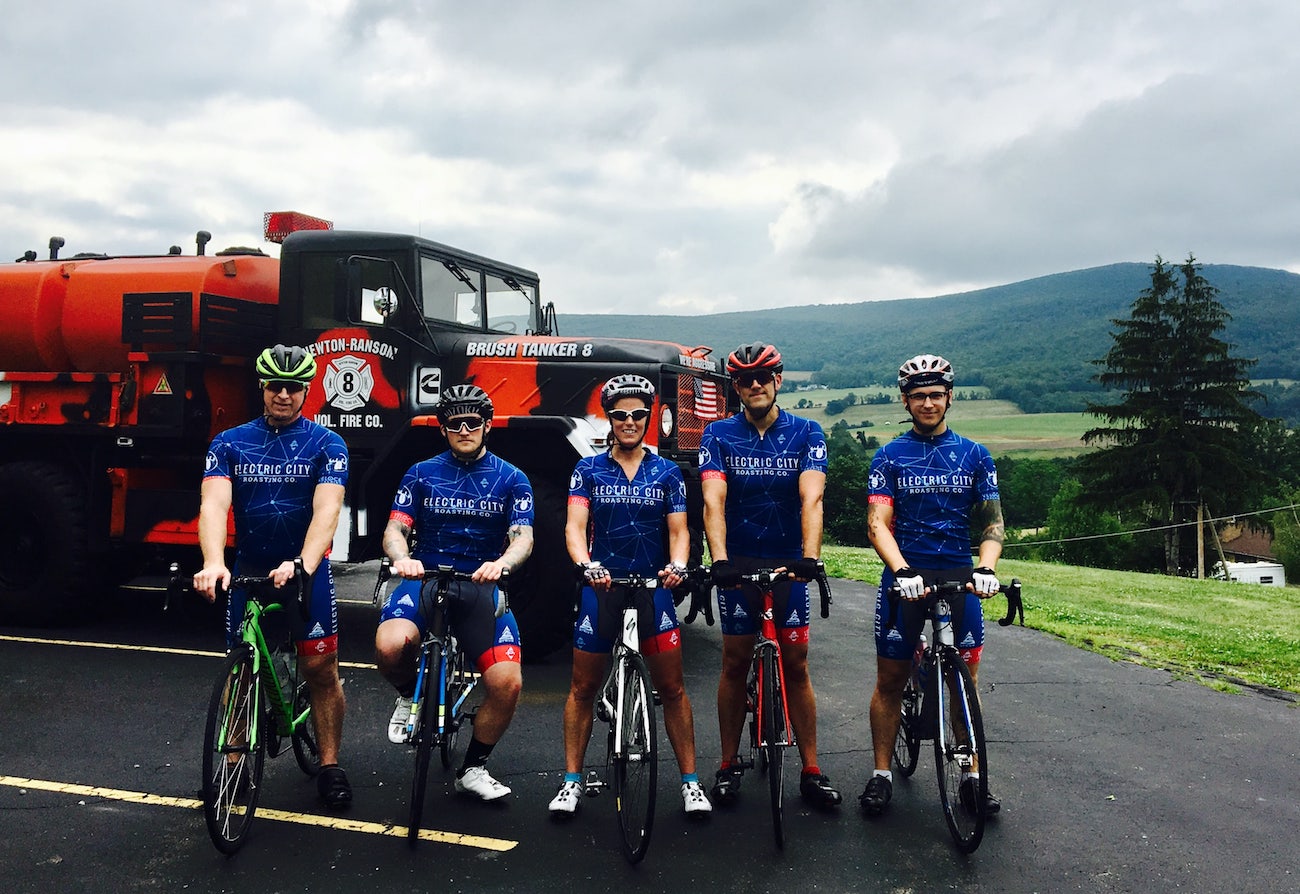 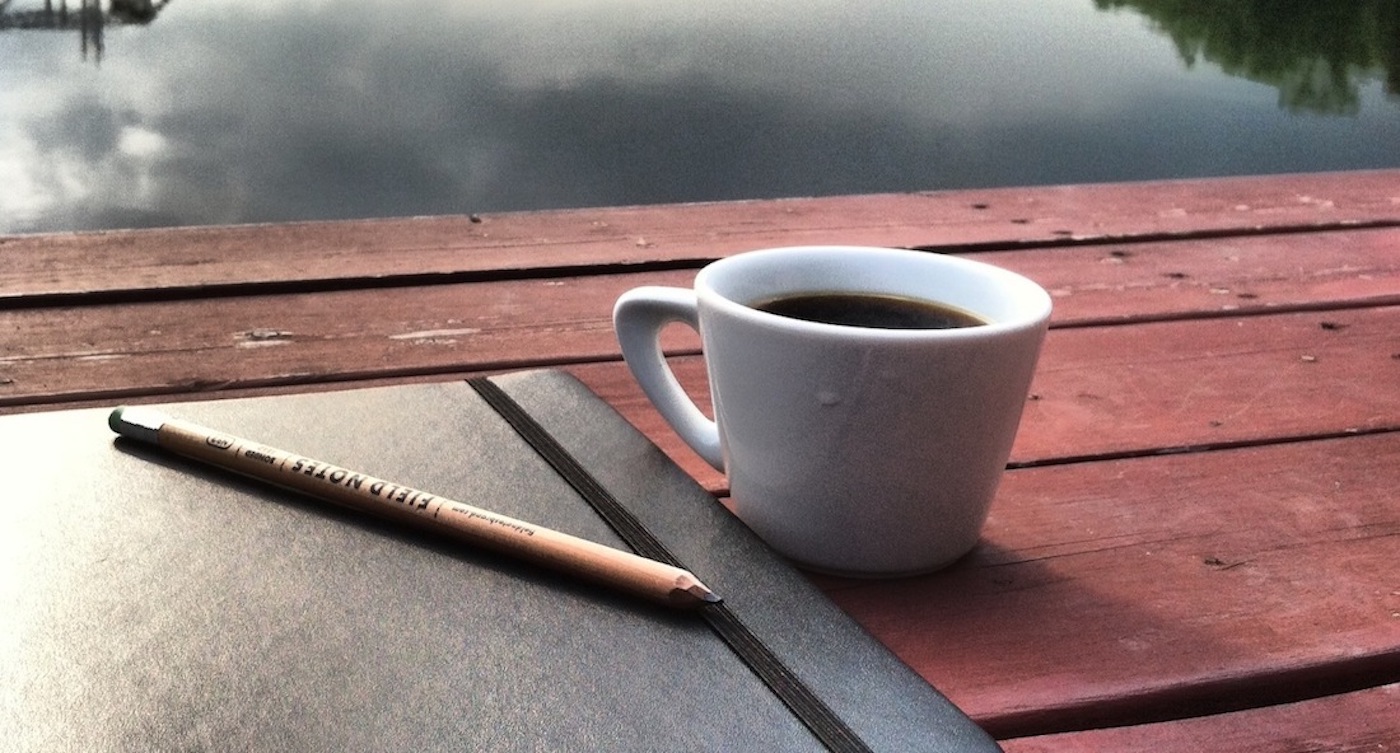 It’s that time again! Time for fresh starts, new perspectives, forward motion. Whether you are a cafe owner or... read more 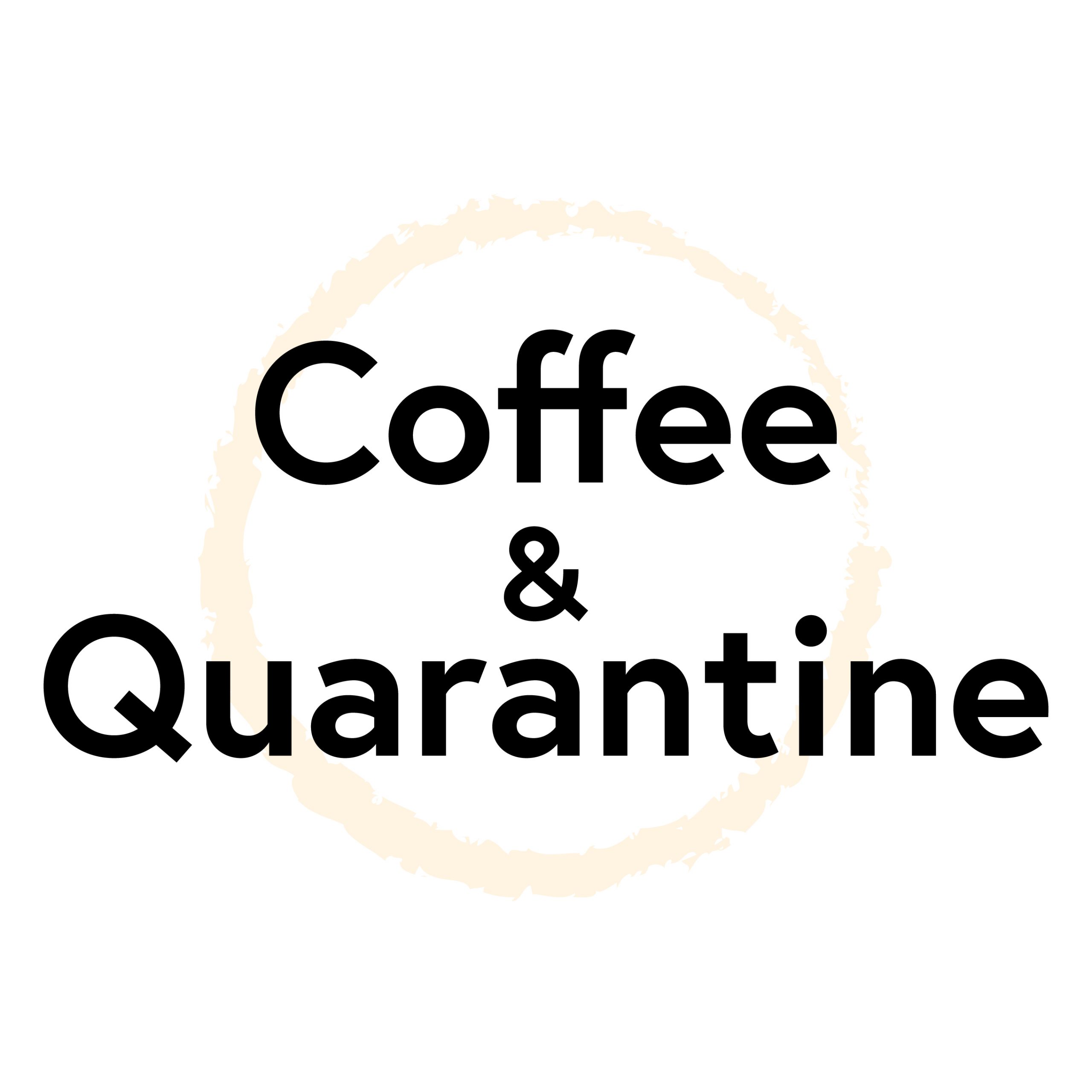 Coffee in the Time of Quarantine

Hi everyone. My name is Erich, and I'm the marketing director and head... read more 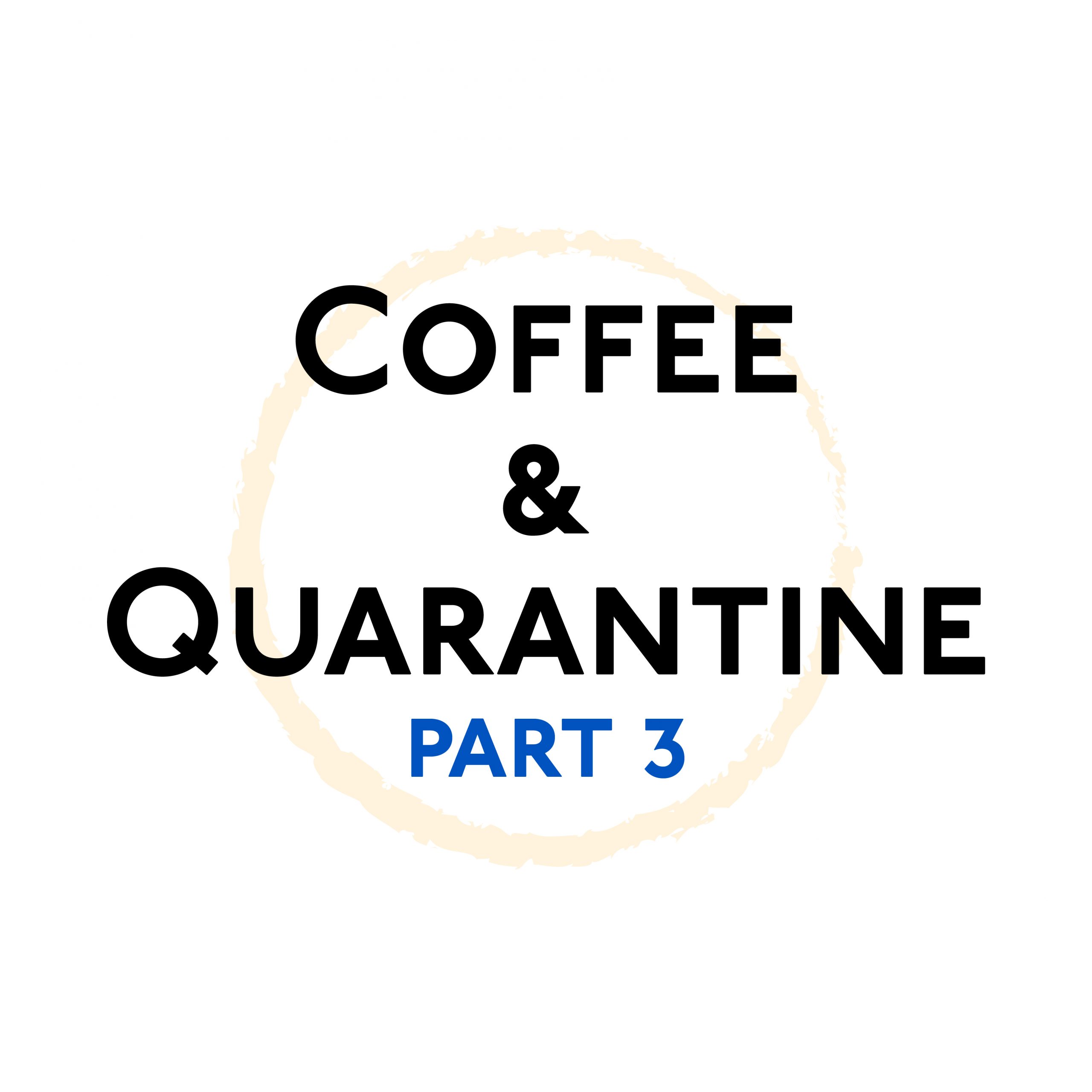 Coffee in the Time of Quarantine. Pt.3

When I went to the shed to pull out my road bike, I saw instead, my fixed-gear (a fixed-gear... read more

Each year for the past 10+ years, Electric City Roasting has been proud to present our premier micro lot... read more 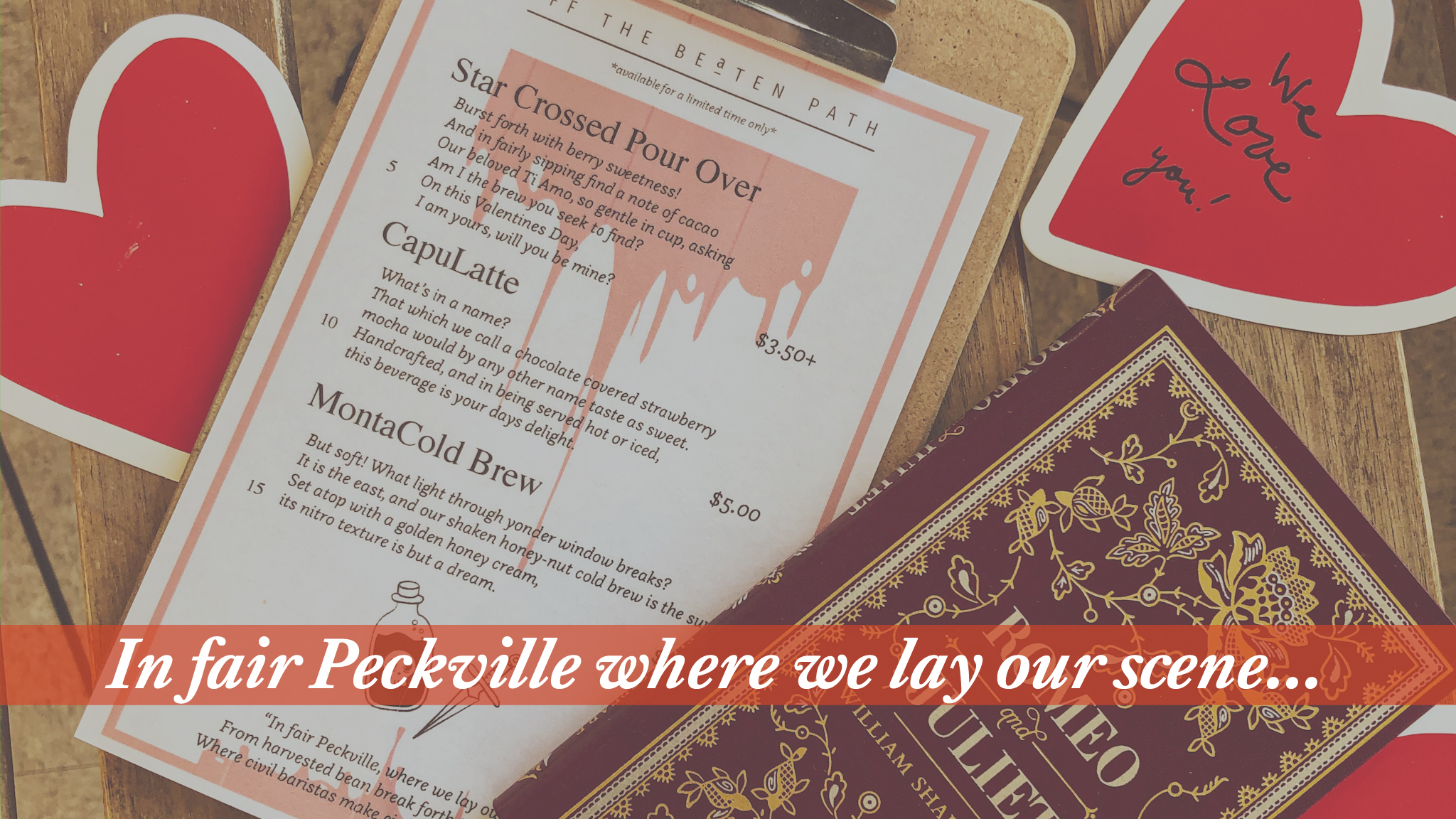 In fair Peckville where we lay our scene… This month at ECR Park, Electric City Roasting’s premier coffee bar and... read more 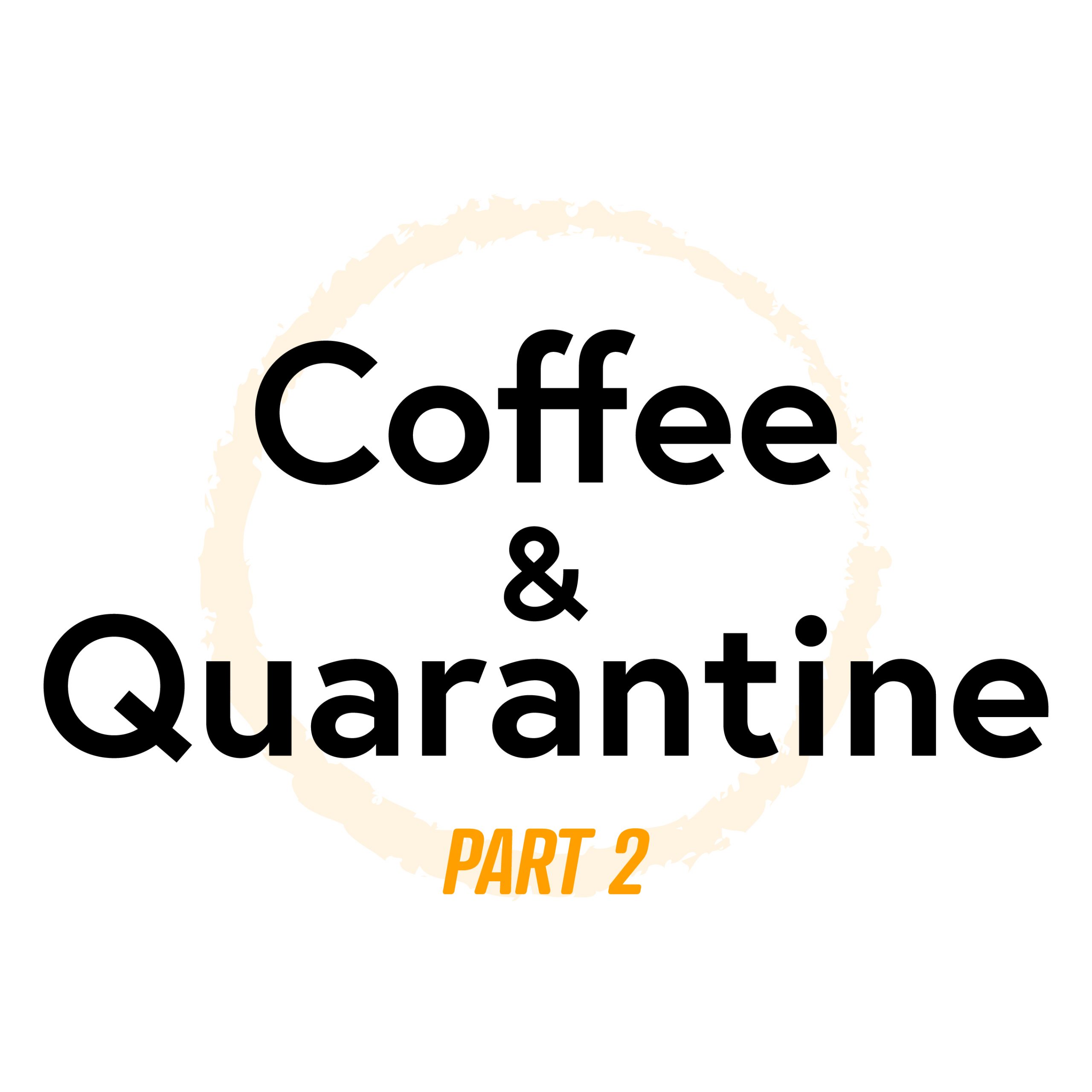 Coffee in the Time of Quarantine. Pt 2.

The weather sure is nice today. When I have some time, later, I... read more 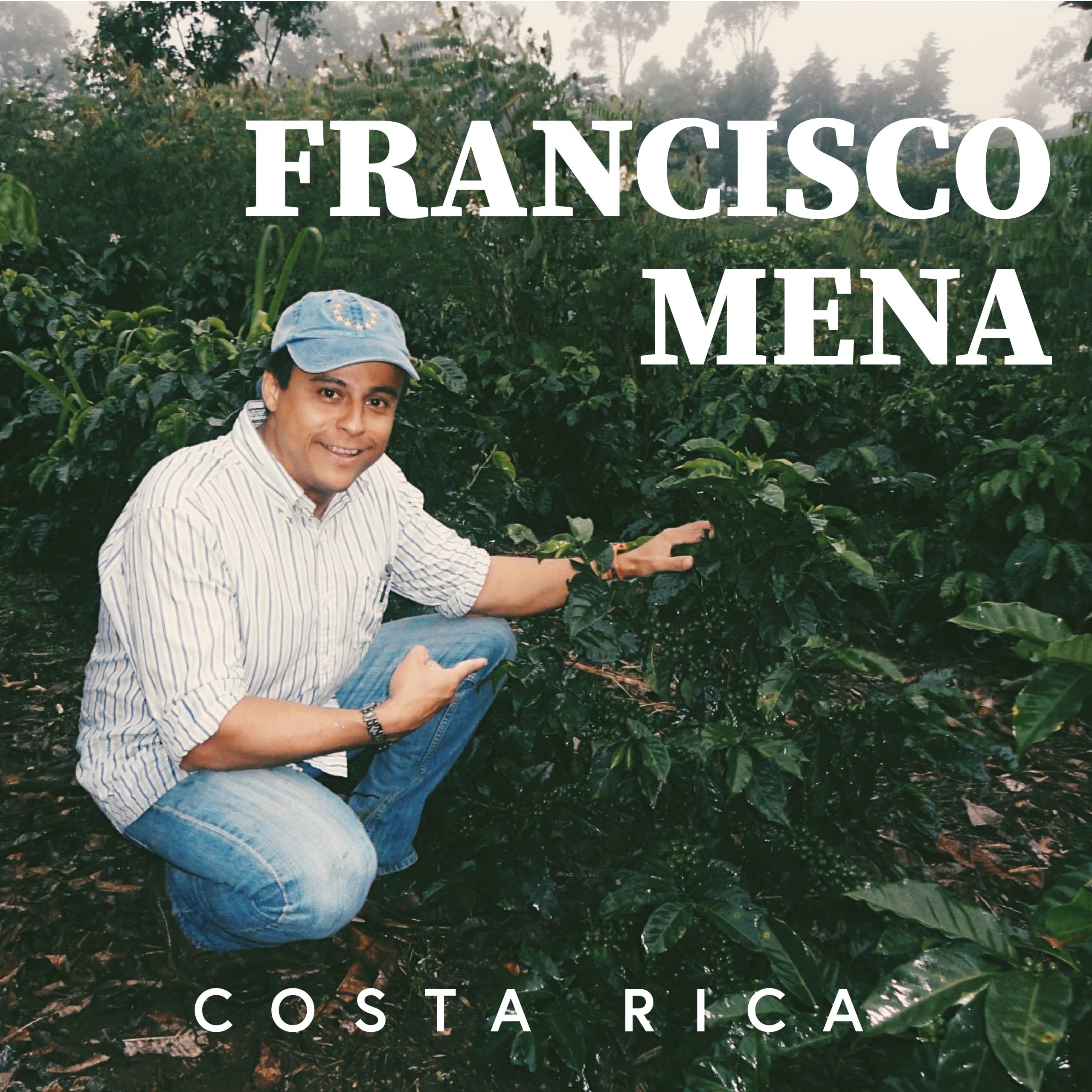 Serving with the Heart

4,000 miles from Scranton, Francisco Mena found the time to sit down with us here at ECR and give... read more